With 2019 marking the 100th year since the infamous Black Sox scandal, a lot of content is expected to be pushed out on the interwebs throughout the upcoming baseball season about the dark tale and bring up endless, unanswerable questions.

Hey, it’s a fantastic and fascinating debate, after all.

Inevitably, movies like Eight Men Out and of course, Field of Dreams will be discussed as well. While both are excellent in their own right, there are some inherent issues that come with book adaptations – largely the famous curse of being “Hollywooded up.” It happens. Eight Men Out is based on Eliot Asinof’s 1963 book that, while largely true, was even more largely unsubstantiated. A significant portion of that book and film in fact, is about as fictional as Field of Dreams. That film, based on W.P. Kinsella’s tremendous novel, Shoeless Joe, has been revered by millions since it’s release 30 years ago. As a diehard fan of both book and film, I’ve read and seen each countless times and neither ever tires. Obviously, many more people have seen the film than have read the book, however, and while I wish every fan of the film would read Shoeless Joe, one can still get a good enough grasp of things without – because the film is pretty amazing. 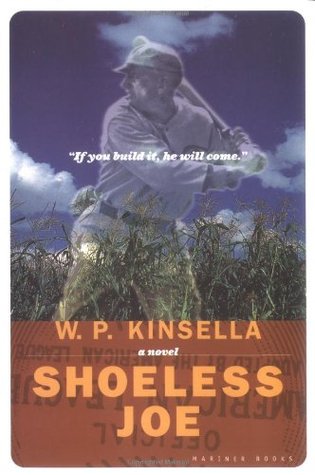 It’s a beautiful story, blending some fact with a lot of dreamscape fiction, outstanding performances from the cast and accompanied by a score from James Horner that was so impactful it was virtually a character itself. The movie follows the book rather closely (which is often a rarity in adaptations), with baseball of course being one of the central themes. But does that make it a pure “baseball movie?”

In my (probably unpopular) opinion, no.

At least not quite.

Yes, there are baseball scenes. And baseball players. And baseball dialogue throughout most of the movie. There is talk about baseball mere seconds into the prologue. Hell, James Earl Jones’ character Terence Mann delivers a powerful speech about baseball that will never not be quoted by current and future generations. Despite the obvious and very central theme of baseball, it is not fully a baseball movie in the vein that others like Major League and it’s sequels, Bull Durham, The Natural or even Eight Men Out, were. Baseball, here, is just one of the many big themes, but that doesn’t necessarily mean it’s really a “baseball movie.” There are a lot of other things going on with the story that are just as, if not more vital. If you’ll expand your mind a bit, I’ll throw out a few reasons why:

It’s a movie about taking a leap of faith

Ray hears a voice, and while he technically misunderstands it at first, he believes so strongly in what it means that he takes immediate action. The Kinsellas were barely making a profit from their farm as it were, and to remove crucial acres of your main crop to build a baseball field would not be very wise. But Ray believed in the power of faith, and went ahead with his endeavor nonetheless. Annie did too, for she could have tried harder to talk him out of it (in the book she doesn’t talk him out of it whatsoever), but she, too, believed because Ray did. Ray actually took the message from the voice the wrong way, but he felt strongly enough in it’s direction to risk everything else.

It’s a movie about destiny

Each character has their own path, yet something out there is orchestrating it all to where they become intertwined. Ray’s destiny is to reconcile with his father, help others find their way and create a slice of Heaven on earth for others to partake in. Terence Mann’s destiny (no, he didn’t die when he disappeared into the cornfield) is to experience something so profound it will ignite his passion to write and influence others again. Shoeless Joe and his seven teammates were granted their heavenly wish to resume playing ball. Even Mark, depicted as the bad guy, is really just being the practical anti-Ray out of love for his sister and keeping her livelihood intact.

The truest depiction of destiny at work in the film falls with Dr. Archibald “Moonlight” Graham. When Ray inexplicably finds himself in 1972 and meets the aging Dr. Graham, he is told that his biggest wish was to get an at-bat in a big league game, hopefully knocking a triple after winking at the pitcher. When Ray later picks up the ghost of a young Archie Graham hitchhiking his way through the Midwest, he believes it’s an obvious solution to Graham’s plight. Things fall right into place as Archie plays a game that very night at the Field, and hits a (metaphorical as we’ll see) sacrifice fly.

The next day, Graham is in the lineup again, but races off the field to rescue Ray’s daughter Karin who fell from the bleachers and was choking on a hot dog. After saving her, Ray realizes that Archie cannot return to the field to keep playing. He had literally and metaphorically crossed over into who he was supposed to be. The hesitation by Archie to take that last step, and later reassuring Ray that it was perfectly OK that he can’t return, implies that Archie knew his destiny all along – to be a doctor, not a ballplayer. Archie’s character theme, when applied to his own path, was sacrifice. He first sacrificed continuing pursuit of his baseball dream to become a doctor. He later sacrificed his second chance at it to save Karin by way of that profession. (Remember that SAC fly he hit? It fits now, doesn’t it?) With that final selfless act, he was able to help fulfill Karin’s immediate destiny, which was to come up with an idea to keep the Field and her family’s land.

Side note: Sadly, it is not known if Archie Graham ever got to play a full game. If his SAC fly was his only plate appearance the night he arrived at the Field (he could’ve been pinch hitting or was pulled before his next time up), and if he crossed over to save Karin before batting the next day, then he still never technically got his official big league at-bat. Though he did at least get one appearance at the dish, plus his wink at the pitcher, so perhaps that was good enough for him.

It’s a movie about second chances

The eight White Sox players, and many others, get to play ball again. Moonlight Graham gets his plate appearance and pitcher wink. Terence Mann will return to writing. Ray and John get another shot at their relationship – this is the arguably the whole point of the film. The Japanese poster (famous for spoilers) for the movie nailed the plot, describing the movie as being about a man on a quest to meet with the ghost of his father. What all storylines in the movie boil down to, is really just that. Ray hears three messages from the voice and he incorrectly assumes them to be about Shoeless Joe, Terence Mann and Moonlight Graham, in that order. While he was able to positively affect each person, and was probably supposed to, all three messages were actually intended to be about his father.

At the end of the film, we of course see the emotional reunion of Ray and John. Baseball was just the means to that end. It was the one thing the two of them had in common, and the one thing that reunited them. All other characters got their second chances with baseball being the catalyst – but not the focal point – and it’s important to know the difference.

Nitpicking to the Nth degree

OK, OK, OK, I just can’t help this. Humor me for a minute. I’m the first one to say that in most films, especially this one, you have to suspend your disbelief and just flow with it. 30 years later this movie wouldn’t be so provocative and debatable if you didn’t. But if it were a true baseball movie, some details would have been cleared up and others expanded upon. Bear with me…

The real Moonlight Graham played his half inning in 1905. In the movie it was 1922. Insignificant detail, but still. Later in the movie you see what looks like a few Philadelphia Athletics players on the field, only their uniforms have green sleeves and socks. When the A’s were in Philly their colors were white and blue; they didn’t adopt the green until they moved to Kansas City in 1954. I suppose those could’ve been minor league or other non-MLB players though.

Eddie Cicotte yells at Chick Gandil, saying if he hustled more he “would have won 20 games that year”, which Gandil retorts was 68 years ago. The season he’d be referring to then was 1920, where Cicotte actually won 21 games, and Gandil didn’t even play in because he had retired. In the same conversation, Gandil horribly mispronounces Eddie Cicotte’s name, calling him “Chi-coa-tee” instead of the correct “Sea-cott.”

If this was a movie intended to be squarely about baseball, then you might think little details like this would be smoothed out, more historical players mentioned, and more intricate scenes of the game itself shown to appease the purists of the game.

Alas, while baseball is obviously and profoundly present throughout the movie, there is a lot more involved than just that. Let’s also not forget that the movie is based on a wonderful novel, in which even more elements and themes are present. Baseball in Field of Dreams is a huge backdrop, but not the full picture.

Admittedly, there is not really a wrong answer. It’s all how you see it.