In the years before he became the near-mythical Yankees’ slugger he is known for, Babe Ruth was a terrific pitcher for the Boston Red Sox. In 1916, he was tops of the World Series champion’s staff, compiling a 23-12 record with an American League leading 1.75 ERA and 23 complete games in 323 innings pitched.

Arguably his pinnacle, if overlooked, performance was in Game Two of the 1916 World Series. 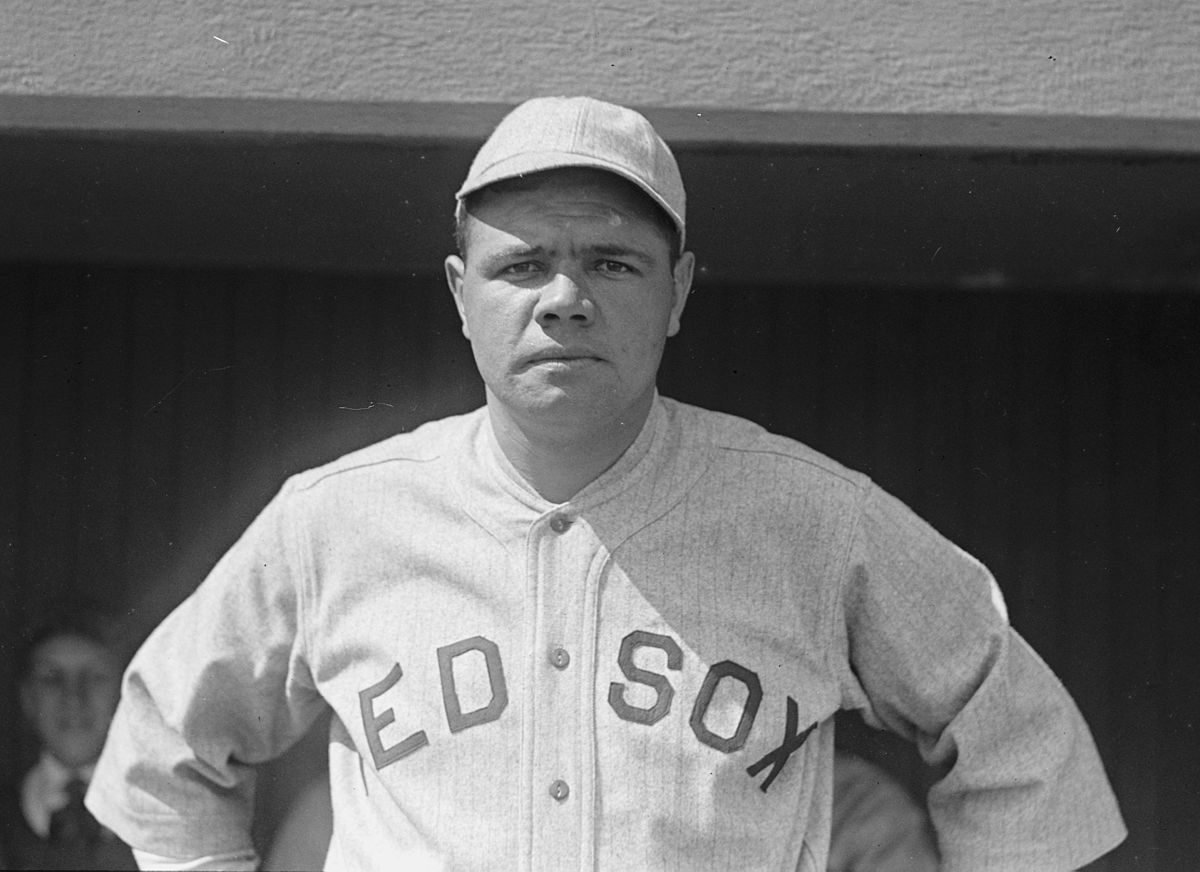 Playing at nearby Braves Field in Boston to accommodate a much larger crowd than could be squeezed into Fenway Park, the Red Sox entered Game Two with a 1-0 series lead over the Brooklyn Robins (later the Dodgers.) Ruth would take the bump against Brooklyn’s Sherry Smith, a solid hurler who went 14-10 with a 2.34 ERA on the season, in a battle of southpaws. What transpired was a tremendous 14-inning duel that left fans captivated as darkness descended on the then brand new Boston ballpark and certified Ruth as a true ace.

With two outs in the first frame, Brooklyn’s Hi Myers launched a ball off Ruth to right center that got past both Harry Hooper and Tilly Walker. With the two outfielders unable to corral the bounce off the wall, Myers chugged all the way around the bases for an inside the park home run. Neither team scored in the second, but the Red Sox were able to tie it up in the third when Ruth’s groundout scored Deacon Scott, who led off the inning with a triple.

For the next several innings both teams threatened, but gallant pitching by both Ruth and Smith and excellent defense held serve as neither team could flash a run across the dish. With the score still tied 1-1, the Red Sox’ Hal Janvrin led off the bottom of the ninth with a double. Pinch hitter Jimmy Walsh reached on an error, and Boston enjoyed runners at first and third with no outs. A fly ball from Dick Hoblitzell to center field promised to be the game-winning sacrifice fly, but Brooklyn’s Hi Myers, contributing from both sides of the plate, pegged Janvrin at home to preserve the tie. Larry Gardner would then foul out to end the inning and send Game Two to extras.

As was the case all day, both teams threatened in each of the extra innings but couldn’t capitalize. Daylight was fading now, and the game would’ve been ruled a tie if they couldn’t finish one way or another, soon. Brooklyn, trying to seize another opportunity, had their last best chance in the top of the 13th. With a runner on second and no outs, Sherry Smith, who was still on the mound, looped a liner to left field. Duffy Lewis, an outstanding defensive player in his own right, took a page from the Tris Speaker handbook when he tore in from deep left to make a sensational catch, saving a run and perhaps, the game.

Smith set Boston down in order in the 13th, and Ruth followed suit to Brooklyn in the 14th. It was now time for some classic deadball-era smallball by the Sox.

Hoblitzell led off with a walk and Lewis sacrificed him to second. Sox skipper Bill Carrigan inserted Mike McNally to run for Hoblitzell, and Del Gainer to pinch hit for the struggling Larry Gardner. The gamble worked, as Gainer roped a single to left field and McNally beat a strong throw by Zack Wheat to the plate, giving Boston the 2-1 victory and a two games to none lead in the series. They would go on to win in five games for their second World Championship in a row.

Not lost on the thrilling finale to this game was the incredible pitching by both Sherry Smith and the victorious Babe Ruth, both going the distance. Smith’s final line tallied 13.1 innings, scattering seven hits and two earned runs while walking six and striking out two. Ruth was even better, going the full 14 innings, allowing only six hits and one run, with four strikeouts and three free passes. The win not only put the Red Sox in the drivers seat to clinch the series, but it cemented Ruth as a big-game pitcher who really put an exclamation point on his stellar regular season. Two years later, Ruth would twirl another gem in the World Series, shutting out the Cubs 1-0 in Game One. As sterling as that was, his Game Two sensation against Brooklyn may have been better.

Ruth would enjoy a couple more strong seasons on the mound for the Red Sox, but by 1918 his bat really began to emerge, and 1919 saw him achieve true slugger status. Prior to the 1920 season he was sold to the New York Yankees, helping them create a dynasty and launching Ruth into his legendary status thereafter.

Yet long before having his likeness carved into the Mount Rushmore of baseball legends, the stocky kid from Baltimore was quite the sensational southpaw on the hill.